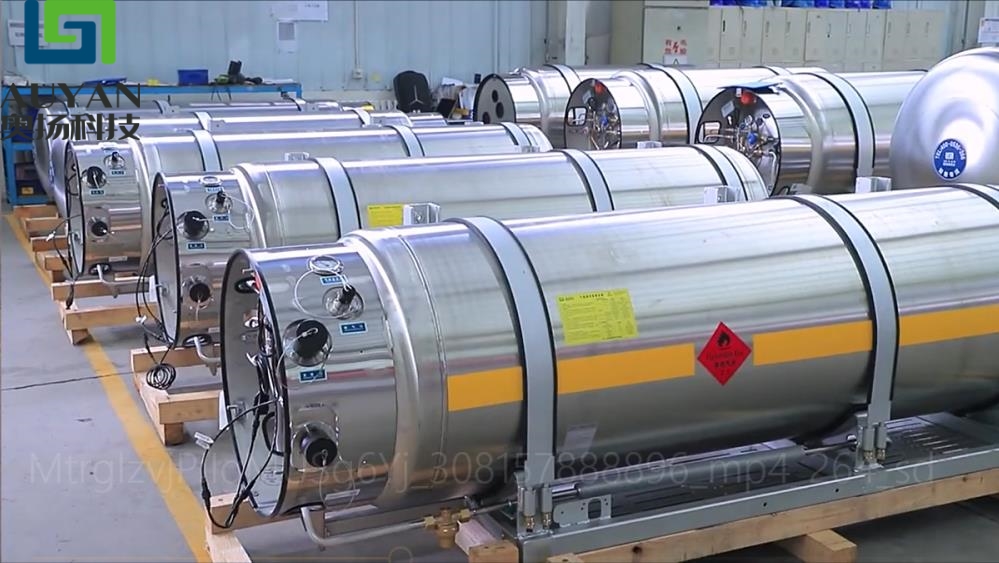 The temperature of LNG is about -162 °C, the pressure is about 0.1 MPa, the density is about 423 kg/m3, and the volume after gasification is about 600-624 times that of the liquid volume. 2.5 times. The onboard gas cylinders of large LNG trucks can travel continuously for 1 000-1 300 km with one refill, which is very suitable for long-distance transportation. The 410L vehicle-mounted gas cylinder can travel 400-500 km continuously in urban areas with one refill, and about 700 km with one refill on expressways. It can be seen that compared with the existing CNG and LPG vehicles, LNG vehicles have greatly improved the driving mileage of vehicles.

The methane content (molar fraction) in LNG is more than 90%, the sulfur and water are removed, and its composition is purer than CNG. Compared with fuel vehicles, the emission of harmful substances from vehicles loaded with LNG vehicle cylinders is reduced by about 85%. Known as a true eco-friendly car.

4. No-emission gas filling can be realized

After the implementation of gas-free refueling, the release of natural gas can be effectively reduced, fuel is saved, and the possibility of fire is reduced at the same time.

Five, can be used for vehicle refrigeration

The use of LNG can also change the design thinking of previous automotive air conditioners. At present, the automobile air conditioner is developed based on the principle of compression refrigeration, and its structure is complex, including the evaporator, compressor, condenser, control relay, electronic vacuum valve, heater, speed vacuum stabilizer, filter dryer, motor, and fan, etc., these devices all require the car engine to provide power, which will inevitably reduce the effective power of the car. If the LNG in the LNG vehicle cylinder is used as fuel, and the cold energy released by its gasification is used to refrigerate and cool the engine, the efficiency of the vehicle will be greatly improved.

Last : How to choose an LNG cylinder? Next : ADVANTAGES OF CNG Vehicles